Recent data from the Office for National Statistics (ONS) estimates that the UK economy expanded by 0.5% in Q3 2016. Although slower than the 0.7% growth rate experienced in the second quarter, this was stronger growth than many analysts estimated, reducing expectations of an interest rate cut at the Bank of England’s next Monetary Policy Committee meeting on 3 November.

The ONS commented: “The pattern of growth continues to be broadly unaffected following the EU referendum. There is little evidence of a pronounced effect in the immediate aftermath of the vote.”

Philip Hammond, the Chancellor of the Exchequer, was reported to comment that the GDP figures demonstrated the resilience of the UK economy, adding: “We are moving into a period of negotiations with the EU and we are determined to get the very best deals for households and businesses.

“The economy will need to adjust to a new relationship with the EU, but we are well-placed to deal with the challenges and take advantage of the opportunities ahead.”

The economy was supported by a robust performance from the services sector, which grew by 0.8% between July and September. The strongest part of the service sector was transport, storage and communication, growing 2.2% in the period; the fastest rate for seven years.

Service sector growth was offset by the steepest fall in construction since Q3 2012, with the industry dropping 1.4% between July and September following a sharp slowdown in new housebuilding. Manufacturing output contracted by 1%, while production and agriculture declined by 0.4% and 0.7% respectively. 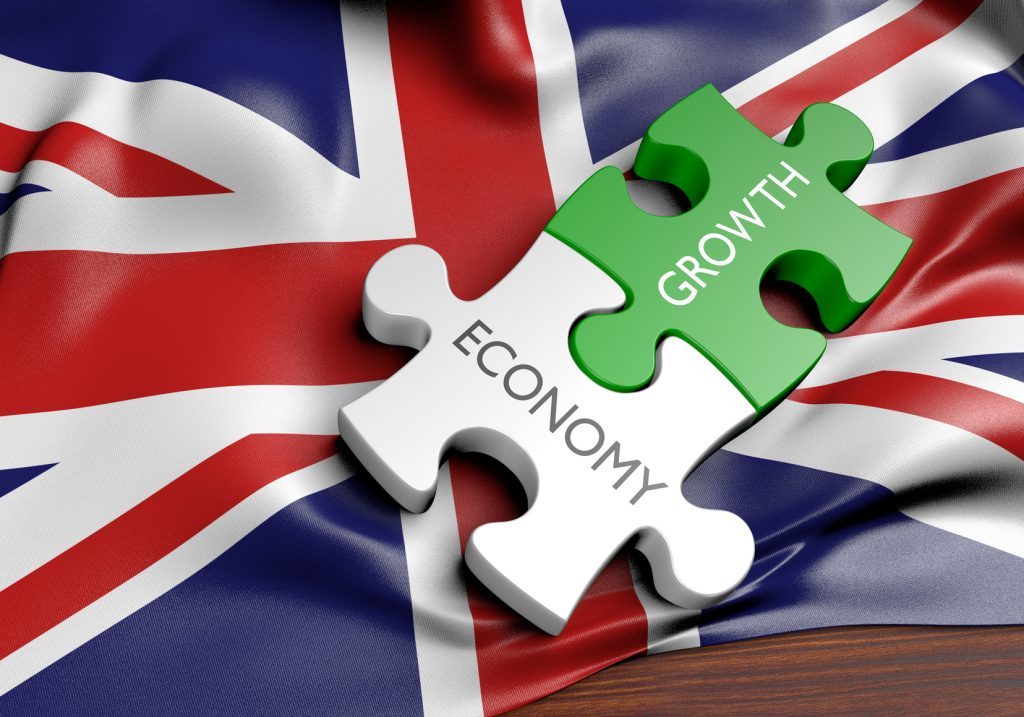 The UK’s Consumer Prices Index (CPI) rose by 1% in the year to September, significantly higher than the 0.6% rise recorded in the year to August, according to the latest figures released by the ONS. The CPI last reached 1% in November 2014.

The main factors for this increase were a rise in the price of clothing, hotel accommodation, motor fuel and gas prices, which were unchanged following their fall last year. Partially countering these increases were a fall in air fares and food prices, as supermarket price wars persist.

The impact of Sterling’s depreciation will continue to affect our domestic inflation as the cost of imports will rise accordingly. The world’s worst performing currency of 2016, Sterling is now worth 20% less against the US dollar than it was prior to 23 June. Not only affecting the price of fuel and finished goods such as imported fashion items and food and drink but all the raw materials used to produce anything from motor cars to fridges are also adversely affected.

The majority of economic analysts, both domestic and international, believe that inflation is therefore on a rising trend that will soon eclipse the Bank of England’s target level of 2%, some anticipate a CPI level of around 3% by the end of 2017.

One group of the population that is somewhat sheltered from this prospect is pensioners. They are reassured by the current triple-lock mechanism introduced by the Government that guarantees their state pension will rise each year by whichever measure of the inflation rate, average earnings or 2.5% is greater. 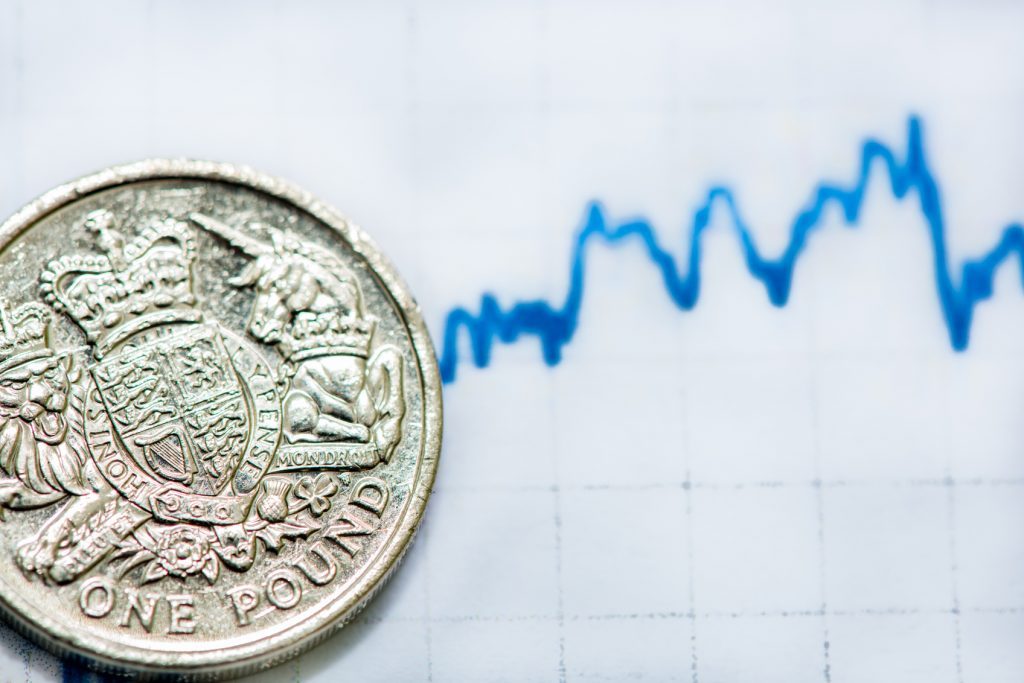 Possibly reflecting the uncertainty surrounding the forthcoming Presidential elections, the American markets turned negative with the Dow Jones finishing October at 18,142.42, down 0.91% and the technology based Nasdaq losing 2.31% to close at 5,189.13.

Oil, as measured by the Brent Crude benchmark, had another volatile month, touching $52.67 at one point in October, on hopes of an OPEC production ceiling, but the price fell away at the close of the month to finish at $48.30.

After years of procrastination and heated debate, the Government announced on 25 October that a third runway will be built at London’s Heathrow airport.

Other options discussed on ways to increase the overall flight capacity into and out of the UK included a second runway at London Gatwick, a new five runway airport in the Thames estuary, and extending Heathrow’s current main runway to accommodate both landings and take-offs.

Announcing the decision, Chris Grayling, the Transport Secretary said this was a “truly momentous” decision that would create thousands of new jobs and support trade across the UK.

The decision has polarised opinion of the present Cabinet with some enthusiastic about the prospect and others vehemently opposed to the idea. Boris Johnson, the Foreign Secretary has consistently opposed the idea and said that the proposed third runway was “undeliverable”. The Mayor of London, Sadiq Khan, added that the decision was wrong for London and Britain.

On the pro-Heathrow side many unions and business groupings applauded the decision. The Confederation of British Industry’s (CBI) Chief, Paul Drechsler, believed it would both boost the UK’s economic growth and create new jobs while Frances O’Grady, the TUC’s General Secretary, was also quoted as saying it was: “absolutely vital for Britain.”

In reality completion of the project is years away as, subject to planning challenges and objections, there will first be a public consultation before the Government makes a final decision. MPs will then have to vote on that decision in the second half of 2017 or early 2018, before construction can start. There is a projected completion date of 2025 for the new operating runway.

CHANGE OF FORTUNE FOR EUROZONE ECONOMY

The influential and closely followed Markit Purchasing Managers Index (PMI) for the eurozone countries rose to 53.7 in October. A rise from the 52.6 recorded in September and the fastest monthly increase in business activity seen since December 2015. Any figure above 50 represents growth.

Markit report that this bullish sentiment was reflected in the rapid pace of recruitment and growing order books and “augur well for the economy to continue to strengthen in the coming months.”

Germany appears to have led the way in this economic revival, as its manufacturing PMI saw its largest upturn in production for just over two-and-a-half years and its services sector business activity also grew, reviving from September’s slump.

Although the pace of growth in France, the eurozone’s second largest economy, slowed in September, the growth was still the second-best recorded over the last year. A slower rate in service sector expansion countered an upturn in factory output growth.

The Chief Business Economist at IHS Markit, Chris Williamson, commented on the PMI data: “The eurozone economy showed renewed signs of life at the start of the fourth quarter, enjoying its strongest expansion so far this year with the promise of more to come. With backlogs of work accumulating at the fastest rate for over five years, business activity growth and hiring look set to accelerate further as we head towards the end of the year.”

He went on to add: “October’s PMI is consistent with a quarterly GDP growth rate of 0.4%, led by a 0.5% pace of expansion in Germany. Modest growth of 0.2-0.3% is being signalled for France, but there are various indicators which suggest that France will enjoy stronger growth in coming months…”.

It is important to take professional advice before making any decision relating to your personal finances. Information within this document is based on our current understanding and can be subject to change without notice and the accuracy and completeness of the information cannot be guaranteed. It does not provide individual tailored investment advice and is for guidance only. Some rules may vary in different parts of the UK. We cannot assume legal liability for any errors or omissions it might contain. Levels and bases of, and reliefs from, taxation are those currently applying or proposed and are subject to change; their value depends on the individual circumstances of the investor. No part of this document may be reproduced in any manner without prior permission.